We have provided answers to some of the most frequently asked questions we get about MLS laser therapy, general orthopedic procedures, and orthopedic surgery. If you don’t find what you’re looking for here, you are welcome to call us anytime. Our office number is (248) 669-2000.

What are the differences between X-rays, MRIs, and CT scans?

X-rays are a form of radiation that, when passing through the body, are blocked by dense objects such as bone and, thus, appear white on the X-ray film, while less dense tissues appear gray and are hard to see. Orthopedic doctors typically use X-rays to diagnose and assess bone degeneration or disease, fractures and dislocations, infections, or tumors.

Since organs and tissues within the human body contain magnetic properties, MRI – which is short for magnetic resonance imaging – combines a powerful magnet with radio waves (rather than X-rays) and a computer to manipulate these magnetic elements, thus creating highly detailed images of structures within the body. These images are viewed as cross-sections of the body part being studied. Unlike with X-rays, there is no radiation involved with MRI scans, which are frequently used to diagnose bone and joint problems.

Another option is the computed tomography (CT) scan, also known as a CAT scan. It’s similar to an MRI in the detail and quality of image it produces, but the CT scan is a more sophisticated, powerful X-ray that creates 360-degree images of internal organs, the spine, and vertebrae.

Like an MRI, a CT scan produces cross-sectional views of the body part being assessed. Often, a contrast dye is injected into the patient’s blood to make the structures – for example, the bones of the spine – more visible than they would be with an MRI. As such, a CT scan is more useful in diagnosing conditions that are affecting the vertebrae and other bones of the spinal column.

Which should I apply to treat an injury – ice or heat?

Within the first 24-48 hours of an injury – the acute stage – or whenever there is swelling, you should use ice. It will help reduce inflammation by decreasing blood flow to the area where cold is being applied. Heat, on the other hand, increases blood flow and may provide pain relief after swelling has subsided. It may also be useful in warming up your muscles prior to exercise or physical therapy.

What is physical therapy?

Physical therapy refers to the treatment of musculoskeletal or neurological injuries with the purpose of promoting a return of functional and independent living. It incorporates exercise to restore motion and strength and functional training to facilitate a return to daily activities, including work or sports.

What is a tendon? A ligament? cartilage?

Both tendons and ligaments are bands of tissue. The difference is that a tendon connects muscle to bone, while a ligament connects bone to bone, thus providing stability to the joint. Cartilage is the soft, gel-like padding on the ends of bones at the point where they come together. This padding protects joints and facilitates movement.

What is a cortisone and a corticosteroid injection?

Cortisone is a steroid that your adrenal gland naturally produces in response to stress. When synthetically produced cortisone is injected into soft tissues and joints, it can help reduce inflammation which, in turn, may diminish pain. For this reason, cortisone injections are commonly used to treat chronic conditions such as bursitis, tendinitis, and arthritis.

What are NSAIDs and how do they work?

NSAIDs – short for nonsteroidal anti-inflammatory drugs – are over-the-counter pain relievers, including aspirin, ibuprofen, and naproxen sodium, that serve as popular treatments for muscular aches and pains, not to mention arthritis. They not only relieve pain, but also help decrease inflammation, reduce fevers, and prevent blood clots.

NSAIDs work by blocking the actions of the cyclooxygenase (COX) enzyme of which there are two forms: COX-2 is produced when your joints are inflamed or injured, while COX-1 protects your stomach lining from acids and digestive juices and helps your kidneys function properly. This explains why the side effects of NSAIDs may include nausea, upset stomach, ulcers, or improper kidney function.

What is an orthopedic surgeon?

An orthopedic surgeon is a medical doctor with at least 14 years of education and training in the diagnosis, treatment, rehabilitation, and prevention of diseases and injuries related to the musculoskeletal system (bones and joints, muscles, ligaments, tendons, and cartilage).

There are orthopedic surgeons who limit their practice to general orthopedics, while others specialize in treating specific body parts such as the foot and ankle, hand and wrist, spine, knee, shoulder, or hip. Others also focus on specific areas such as pediatrics, trauma, or sports medicine.

What is arthroscopic surgery?

Arthroscopic surgery involves the use of small instruments and cameras to visualize, diagnose, and treat problems within the joints. During the procedure, one or more small incisions are made around the joint being viewed.

The surgeon inserts an instrument called an arthroscope, which contains a fiber optic source and small television camera, into the joint.This allows the surgeon to view the joint on a monitor, diagnose the problem, determine the extent of injury, and make any necessary repairs. Other instruments may also be inserted to help view or repair tissue inside the joint.

What is joint replacement surgery?

This type of surgery is performed to replace an arthritic or damaged joint – most commonly the knee or hip – with a new, artificial joint called a prosthesis. Joint replacement is necessary when cartilage – the rubbery coating that cushions the ends of bones and facilitates movement – wears away, or the joint is injured, and the bones of the joint begin rubbing against each other.

When this happens, bone spurs can form, and the joint becomes stiff and painful. Most people undergo joint replacement surgery when they can no longer control their pain with medication or other treatments and the pain significantly interferes with their normal activities.

How long does an artificial joint last?

What does rotator cuff surgery involve?

Typically, shoulder surgery for a rotator cuff problem involves one or more of the following procedures:

What is an ACL reconstruction?

An ACL reconstruction is a surgical procedure designed to repair a torn anterior cruciate ligament (ACL), which is one of the four ligaments that help stabilize the knee. Reconstruction of the ligament is achieved by using a grafted tendon that is passed through the inside of the knee joint to secure the upper leg bone (femur) and a lower leg bone (tibia).

The grafted tendon can come from various sources including the patient’s own patella, hamstring, or quadriceps, or from a cadaver. This procedure is most often performed using arthroscopic surgery.

What is laser therapy?

How does it work?

The light energy (photons) penetrates deeply into damaged cells and stimulates cellular activity. Consequently, the cells of tendons, ligaments, and muscles repair themselves.

Is the MLS laser a hot or cold laser?

How does the MLS laser work?

The area being treated is carefully outlined and the therapy is applied in a rhythmic manner. With its dual action and precise synchronization of pulsed and continuous laser emissions, the MLS laser works at the cellular level and strengthens the therapeutic effect. It promotes healing and quickly brings cells back to an optimal condition – all in an eight-minute session. How is MLS laser therapy different from other laser therapies currently offered?

At best, traditional laser therapy provides partial treatment by reducing inflammation or pain, but never both at the same time. On the other hand, MLS laser therapy reduces pain and swelling and speeds healing and recovery.

Is there a difference between the robotic laser and the handheld laser?

No. During your treatment session, the therapist may switch from the large laser to a handheld laser, which allows the therapist to treat a smaller area. However, the strength of the laser is the same.

What type of conditions does MLS laser therapy treat?

Our laser treats many orthopedic conditions and athletic injuries, including:

It also increases healing and recovery after surgery.

How long is the treatment?

The number of treatments necessary and their duration may vary with each patient and their condition. However, each treatment averages eight minutes.

Most acute conditions less than three months in duration are treated with one phase of six short treatments.

Most chronic conditions that last more than three months can be successfully controlled with one phase of 10 short treatments, followed by an occasional maintenance treatment.

When can a patient receive more laser treatments?

A patient can have additional laser treatments within 3 to 6 months following the initial treatment series.

What type of results can I expect from MLS laser therapy?

More than 90% of our patients have experienced significant improvement of their symptoms in as little as one to two treatments.

Studies have shown this form of therapy stimulates the bone healing process. Our experience shows that laser treatment appears to speed up the healing process and can decrease the recovery time by 50% or more.

Is it possible I won’t feel full relief from MLS laser therapy treatments?

MLS laser treatments may provide only temporary or limited relief in a very small percentage of patients. As with all treatments for pain and injury, it’s impossible to predict who will achieve complete relief.

Are there side effects with MLS laser therapy?

There are no known side effects. While a few patients have stated they feel a comfortable warm sensation in the area being treated, patients usually don’t feel the laser. You won’t experience pain, heat, redness, or swelling during or after MLS laser treatment.

Will the laser hurt or damage my eyes?

Not at all. That’s because protective eyewear is worn by the patient, therapist, and anyone else in the treatment room.

MLS laser therapy is not covered by insurance. However, if you are being treated as part of a workers’ compensation claim, your treatments may be covered.

Can my MLS laser therapy be covered by my flexible spending account?

MLS laser therapy may be covered by health care flexible spending accounts (FSA). If you participate in an FSA, please contact your human resource department or FSA provider to inquire how to be reimbursed. 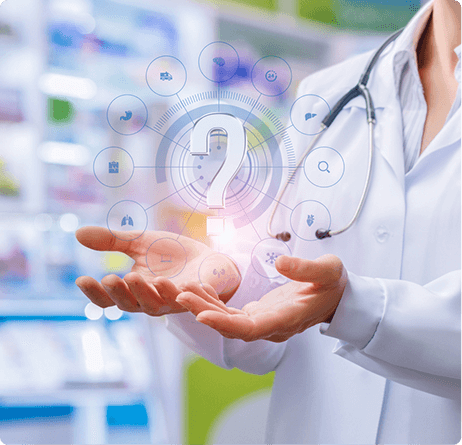 Read about the latest research and advancements in the field of orthopedics in our exclusive blog.LEARN MORE

Read what our patients have to say about the outstanding care and service they have received at Lederman Kwartowitz Center for Orthopedics & Sports Medicine.READ REVIEWSLEAVE A REVIEW

LKO Orthopedics is the premier provider of orthopedic care in West Bloomfield and Bingham Farms. Our highly specialized team offers innovative nonsurgical and surgical treatment options for your entire family. We design individualized recovery plans to restore you to a healthy active lifestyle. Get better faster at LKO!

Our core values reflect our commitment to patient-centered care:

Compassion: We treat our patients as we would our own family.

Customize: We do all we can to get our patients better, faster.

Cure: We go above and beyond to restore patients to optimal health.